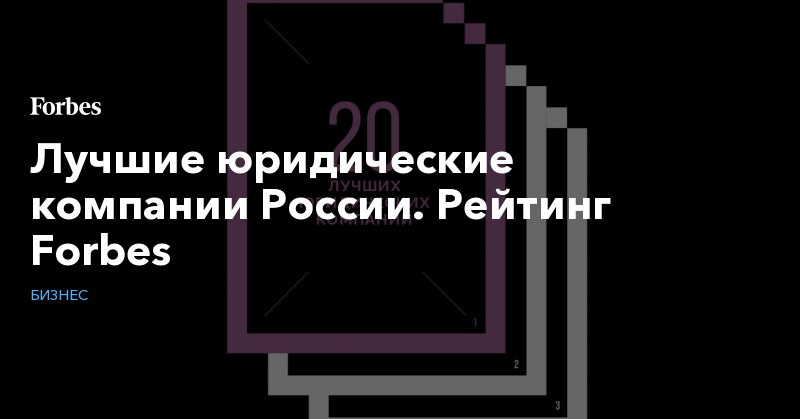 On March 24, 2020 the results of the first-ever Forbes ranking "Best Law Firms in Russia" became known. According to rating results, KIAP Digital & Smart was included into the list of the best law firms in Russia. In total, the ranking includes 20 leading law firms specializing in various fields of law.

For the new Forbes ranking law firms were shortlisted based on six criteria using the weighting method: annual revenue, revenue per associate, or efficiency, the number of judgments in cases examined under the general rules of court proceedings, the share of disputes with the government, the total amount of all disputes over the year and references to the media, or citation rate. For the final result, points for all parameters were summed up and companies were ranked by their total.

Forbes is an American financial and economic magazine, one of the most respected and well-known economic publications in the world. The magazine received recognition thanks to its hard-hitting investigations in the business world and objective assessments of events, as well as to various lists and ratings published by it. Among them, the list of billionaires of the world is best known. Russian version of Forbes magazine has been published since April 2004.