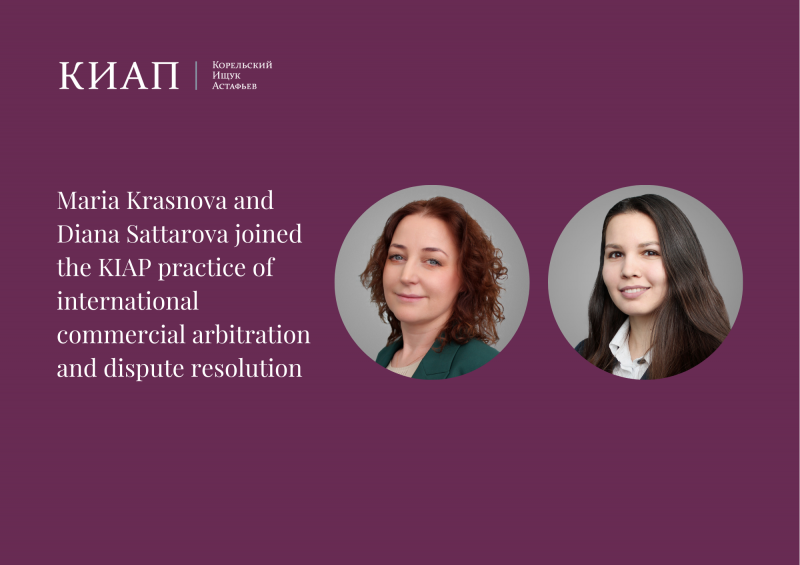 Maria Krasnova joined the KIAP team as a senior associate of the International Commercial Arbitration and Dispute Resolution practice.

Maria has 20 years of experience in supporting major legal disputes, including in state courts, ICAC and MAC at the Chamber of Commerce and Industry of the Russian Federation. She has been a speaker of the MAC for more than 10 years.

Maria graduated with honors from the Military University of the Ministry of Defense of the Russian Federation and got the qualification of a legal adviser with knowledge of foreign languages ​​(English, German).

Diana Sattarova joined the team as a junior associate in the International Commercial Arbitration and Dispute Resolution practice. Diana assists in supporting disputes in state courts and Russian and foreign arbitration institutions.

The main specialization is international commercial arbitration. Diana is also interested in sports law and arbitration and has experience in projects in this area.

In 2020, Diana graduated with honors from the International Law Faculty of the Moscow State Institute of International Relations of the Ministry of Foreign Affairs in the Russian Federation and continues her studies in the magistracy in the field of International Private and Civil Law. Fluent in English, German, and French.