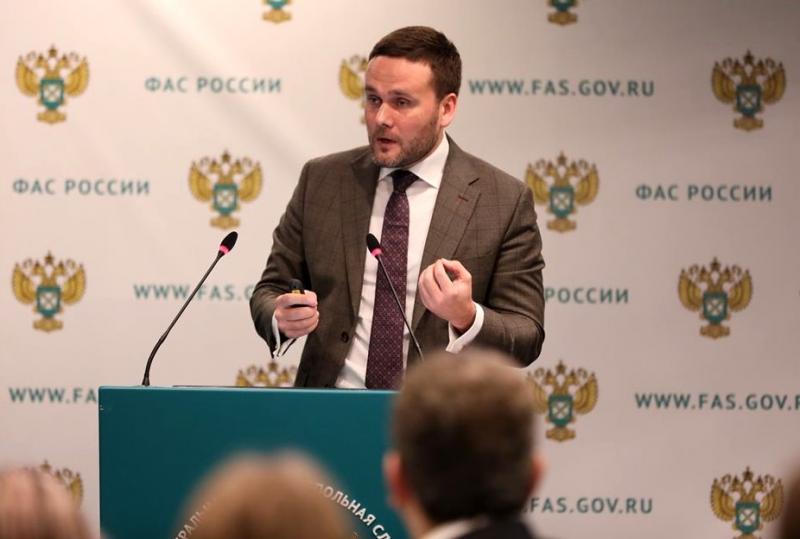 On December 12, 2019 the regular joint meeting of the Association of Antitrust еxperts and FAS Russia was held. The event was started off by the Head of FAS Russia Igor Artemiev. At the meeting, KIAP, Attorneys at Law, was presented by the Head of Antitrust and Competition practice of KIAP and AAE member Ilya Ischuk.

One of the main topics discussed during the meeting was economic concentration. The participants considered the draft Clarifications of the FAS Russia Presidium “On Some Issues of Implementing State Control over Economic Concentration” (“Merger Guidelines”) presented by the Member of the General council of AAE Denis Gavrilov. Igor Artemiev acknowledged the AAE working group on Economic Concentration for the executed work and noted that FAS should undoubtedly improve the experience in this area and take appropriate clarifications on the results of joint work in the short term.

During the next presentation participants reviewed proposals for improving the antitrust responding in the market of financial services, as well as for relations between banks and insurance companies. Representatives of FAS Russia agreed over the importance of issues that were raised and the need to resolve them.

One of the most interesting discussions during the meeting should be identified the consideration of procurement unions. Andrey Tenishev, Head of the Anti-Cartel Department of FAS Russia, presented the draft law “On Amending Article 13 of the Federal Law “On Protection of Competition”. According to the draft law it is proposed to allow procurement unions, if they are preliminarily endorsed by the antimonopoly authority and the total revenue of the companies does not exceed 400 million rubles for the previous year. On similar terms it is proposed to make permissible agreements on co-sale of goods, but only for groceries. The exception is procurement by tenders.

KIAP Partner and AAE member Ilya Ischuk presented an alternative point of view. During his speech, Ilya noted that the main danger of procurement unions for competition lies in the union gaining unlimited market power. This can lead to the fact that such a union can unilaterally influence the entire market for jointly procured goods. In that regard, as criteria admissibility, revenue should not be considered, but the ratio of the quantity of goods purchased by the union to the total volume of the relevant commodity market.

In addition, the criteria for a total annual revenue of 400 million is economically unjustified. Thus, on average, the revenue of one economy-class supermarket in Moscow is about 1 million rubles per day (360 million per year), which makes a procurement union with another market participant literally impossible. For regions, this amount can be conditionally reduced by 2 times, to 500 thousand rubles per day and 180 million per year, accordingly. In this case, the potential procurement union will be limited to 2 stores, which makes it pointless in practice.

At the event experts also raised topics such as the grounds for applying the institution of voluntary commitments, as well as the specificities of analyzing commodity markets when considering cases based on violations of the law on trade.

KIAP's Antitrust practice is recommended by Legal 500 EMEA international rating, as well as by Russian Pravo 300, Pravo-300’s "Sympathy rating" and Kommersant rankings. The practice represents clients in litigation against antitrust authorities, provides support for antitrust investigations and proceedings, and advice on competition law. Head of the practice Ilya Ischuk is personally ranked in Chambers Europe 2020, Chambers Global 2017, Legal 500 EMEA 2020, Best Lawyers 2021, Pravo-300 and Kommersant. In 2018-2019 Ilya was awarded two honorary thanks – from the Federal Antimonopoly Service (FAS Russia) (2018) and the Association of Antitrust Experts (AAE) (2018 - 2019). The head of the FAS Russia, Igor Artemyev, awarded Ilya for his services in ensuring freedom of competition and effective protection of entrepreneurship, and Chairman of the AAE General Council Andrey Rego noted Ilya’s outstanding contribution to the development of the Association of Antitrust Experts. Among the clients of the practice are major Russian and international companies. In view of an increasing demand from KIAP clients for qualified assistance in government procurement area, especially in complex conflict situations, the new division “Government Procurement: legal support and disputes” has been launched within Antitrust practice in 2018.