KIAP in Top-5 law firms by the number of rated practices in Pravo.ru-300 ranking for the second successive year 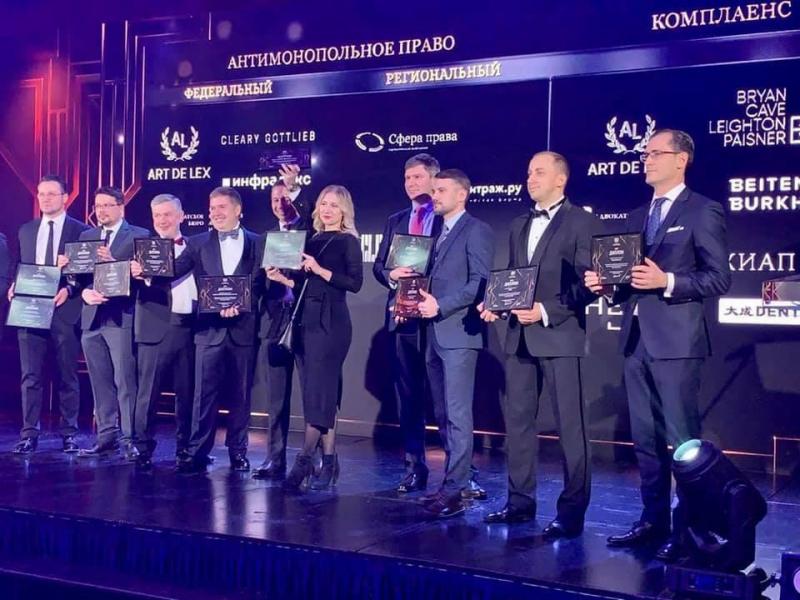 On December 4, 2020, at Lotte Hotel Moscow the grand ceremony of awarding of the Russian legal market leaders “Pravo.ru-300” took place. A special feature of the 2020 ceremony was its format: about 5 thousand online viewers joined the event. The annual rating "Pravo.ru-300" is the largest and most anticipated national study of the legal market, which is based on an assessment of the project experience of law firms, as well as customer feedback on the quality, level of service, and the ratio of cost and quality of legal services provided.

According to this year’s industry ranking, KIAP, Attorneys at law, showed a respectable result of the work performed, having again received recommendations for the legal support of projects in sixteen areas of law: