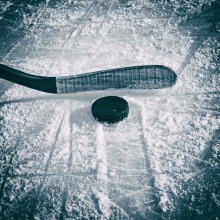 The litigation was of particular interest for the Firm's trial lawyers because the client's claim was only brought to a successful conclusion after the case seemingly reached the end of the line. Following over two years of litigation, the court of cassation, having heard the case a second time round, fully denied insurance indemnity to the client, and a three-judge bench of Supreme Arbitrazh (Commercial) Court (SAC) twice barred the case from moving to the Presidium for a supervisory review.

The above notwithstanding, the Firm's litigators succeeded in having the case re-examined on new evidence due to amendments made by the Presidium of the Supreme Arbitrazh (Commercial) Court to the case law governing commencement of limitation period in property insurance disputes, and a decision was finally rendered for their principal the third time round. The court of cassation ruling, entered after a supervisory review of the case on new evidence, was also upheld by the RF SAC three-judge bench, and the court ruling has already been executed in full.

The engagement was carried out by KIAP Partner Konstantin Astafiev and Junior associate Ekaterina Pomykalova.