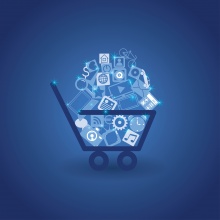 The case is remarkable for the fact that the unjust enrichment arose as a result of the parties’ actions within a factoring matter where a debtor – in this case the retailer – is often compared to the third party of a contract. The respondent in the dispute was a big Russian credit company (TOP-15 Russian banks in terms of financial assets) – the most severe type of opponents within the cases of this category.

According to the ruling of Arbitration court of Moscow district it was found that the bank had sent to the debtor a wrong notice on the assigned supplies. The retailer transferred money to inappropriate creditor and the bank in its turn did not refund it referring to the terms of the contract with the supplier. Thus, the bank independently disposed the received money thereby violating the retailer’s rights who was not formally the party of the factoring contract.

KIAP attorneys managed to prove in court hearings that the bank acquired the property using the retailer funds with no sufficient legal grounds which led to unjust enrichment obligations.

The dispute was attended by the attorney at law Dmitry Kalinichenko.

Litigation is KIAP's core practice. According to results of Best Lawyers 2020 KIAP was recognized as the law firm of the year in the field of litigation. Litigation practice is also recommended by Chambers Europe, Chambers Global, Legal 500 EMEA, as well as by Russian Pravo.Ru 300, Kommersant ranking and Pravo-300 "Sympathy rating". Andrey Korelskiy and Anna Grishchenkova are ranked top of the field. Andrey Korelskiy, the practice head, in 2018 became Deputy Chairman of the Russian Arbitration Association (RAA) and was included into the unified recommended list of arbitrators and the corporate dispute panel of the Arbitration center at the RSPP. In 2020 Anna Grishchenkova was appointed as Regional Representative Russian Federation of the IBA Litigation Committee for the second time, and during 2018-2020 she was a Co-Chair of the Young Litigation Lawyers Forum of IBA. Has the status of Member of The Chartered Institute of Arbitrators (CIArb) and is also a Regional Ambassador at HK45 - Hong Kong International Arbitration Centre’s committee (HKIAC). She is included into list of arbitrators in Austria (VIAC), Kuala Lumpur (KLRCA), Hong Kong (HKIAC), Russia (the Board Member of the Russian Arbitration Center). Best Lawyers 2013 named Konstantin Astafiev the Litigator of the Year in Russia. Among the practice's clients are major Russian and international companies from various sectors of the economy.