Anna Grishchenkova, Partner of KIAP, Attorneys at Law, Deputy Chairman of the ICC Russia Comission on Arbitration, moderated the third session, “Pivot to the East: highlights of Arbitration in Asia,” which was held in a panel discussion format. The speakers discussed the cultural background of arbitration in the Eastern countries, the appointment of arbitrators, approaches to disclosure information, as well as sanctions compliance and the benefits of Asian arbitration for Russians.

The last session was held in an interactive format - a stage-setting process on the issue of securing arbitration costs. At the end of the event, the participants exchanged views and talked informally during a drink reception.

The primary objective of the conference, which is being held for the eleventh time, is to promote the development of arbitration and international commercial arbitration in Russia and the CIS countries, to popularize Russia as a place for resolving disputes and to promote Russian arbitrators at the national level and worldwide. Conference participants are traditionally experts in the field of international arbitration and mediation, attorneys at law, representatives of the academic community. 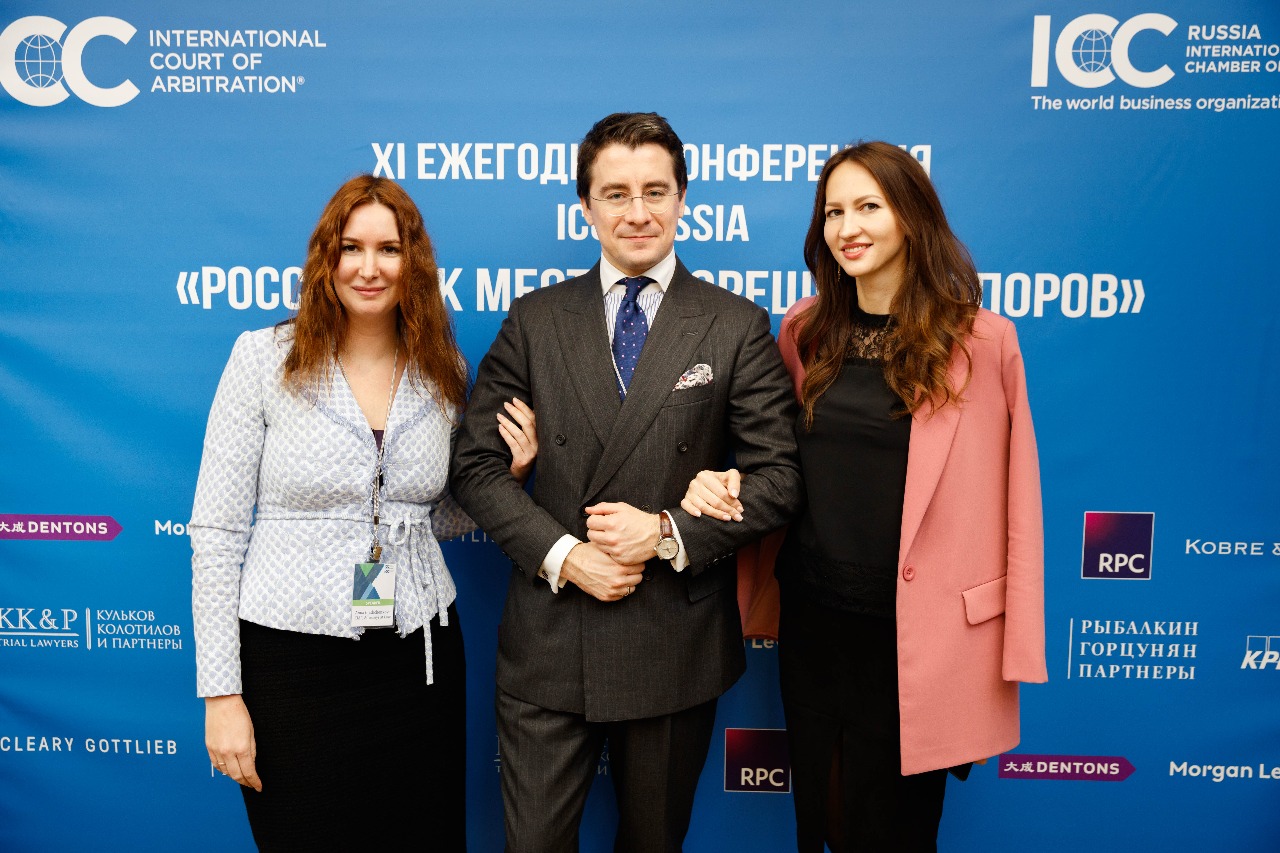 KIAP International Commercial Arbitration practice was formed in a separate division in 2014. According to results of Best Lawyers 2020 KIAP was recognized as the law firm of the year in the field of litigation, the practice is also recommended by Russian ranking Pravo.Ru-300, Kommersant ranking, Pravo-300 "Sympathy rating". The practice is headed by Anna Grishchenkova, partner, LL.M., recommended by the international legal rankings Chambers Europe, Chambers Global, Legal 500 EMEA, Best Lawyers and Pravo-300 "Sympathy rating". Anna was granted the status of Member of The Chartered Institute of Arbitrators (CIArb). In 2020 Anna was appointed as Regional Representative Russian Federation of the IBA Litigation Committee for the second time, and during 2018-2020 she was a Co-Chair of the Young Litigation Lawyers Forum of IBA. In 2019 Anna was appointed Deputy Chairman of the ICC Russia Commission on Arbitration. Anna is also a Regional Ambassador at HK45 - Hong Kong International Arbitration Centre’s committee (HKIAC). Included into list of arbitrators in Austria (VIAC), Kuala Lumpur (AIAC), Hong Kong (HKIAC), Russia (the Board Member of the Russian Arbitration Center). Author of the book “Psychology and persuasion skills in the course of judicial proceedings”. The practice represents clients’ interests in international commercial arbitration in Russia and abroad, as well as before Russian courts in matters involving recognition and enforcement of international commercial arbitration awards, provides consultations on arbitration agreements, its validity and enforceability, on facilitation of out-of-court settlements and on strategies for international commercial arbitration.