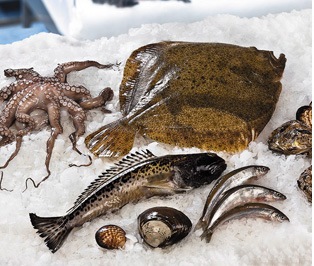 On 10 December 2015 Arbitration Court of the Moscow District completed the third round of a most infamous recently antitrust case among those instigated by FAS Russia after the Law on Trade had taken effect in 2010. For five years the Russian food retailers have been keeping track of the case three court rounds worth. The court ruled illegal the total of 63 administrative fines for the aggregate amount of 126 mln roubles sentenced to Metro Cash & Carry LLC for discriminatory practices against fish and fish products suppliers. The case has a long history – it was the third proceeding by the court of cassation after ordering retrial twice.

Among other facts, the case is remarkable for the fines rescinded even though in the beginning of 2014 the courts found the resolution of the antimonopoly authority which instigated administrative proceedings legal. In its course they collected over 1,500 volumes of the case materials making it one of the most extensive ones in terms of both evidence and documents.

KIAP's antitrust practice is recommended by Legal 500 EMEA and Chambers Europe, as well as by Russia's Pravo.Ru-300, Pravo-300 "Sympathy rating" and Kommersant ranking. Among its clients are major Russian and international companies. The practice represents clients in litigation against antitrust authorities, provides support for antitrust investigations and proceedings, and advice on competition law. In view of an increasing demand from KIAP clients for qualified assistance in government procurement area, especially in complex conflict situations, the new division “Government Procurement: legal support and disputes” has been launched within Antitrust practice in 2018. Head of the practice Ilya Ischuk is personally recommended by Chambers Europe, Best Lawyers, Legal 500 EMEA, as well as by Pravo-300 "Sympathy rating".