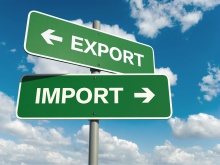 Internal analysis of foreign trade activities of the client discovered that the goods imported in 2014 could be classified on another tariff code of the Foreign Trade Commodity Nomenclature, consequently the company has a right to reimburse customs duties and taxes paid previously.

The customs authority denied to accept the company’s application for tariff code changes in customs declarations released in 2014 and also left undecided the application for refund of customs duties and taxes.

The client decided to initiate a dispute in the State Arbitrazh Court of St.-Petersburg and Leningrad region and submitted an application in order to find the customs’ decision illegal and to oblige the authority to refund overpaid customs duties and taxes.

However, the dispute on the case А56-74249/2016 was closed by termination of court proceedings inasmuch as the Baltic customs agreed with the company's legal position on the case and refund litigious duties and taxes before the court took a resolution.

KIAP partner Alexey Sizov managed the case at all stages.